Football tactics are at the heart of the beautiful game. Some of the most enthralling games of 90 minutes involve head to head clashes of tactical styles implemented by football managers.

What has always fascinated me about this wonderful sport is how certain managers like Pep Guardiola, the great Sir Alex Ferguson and serial winner Jose Mourinho are able to win trophies more often than their managerial accolades.

What’s become clear is that their success doesn’t emanate solely from the superiority of their tactical approaches to the game, but also via other factors such as their man management capabilities and their approach to player recruitment.

Football tactics aren’t a one-size fits all key to success on the pitch, but they certainly play a pivotal role in the outcome.

This is why in today’s article I’m going to do a roundup of the best football tactics books to read.

I’ll start by getting beginners acquainted with some of the general tactical approaches that have been used by football coaches for generations.

What tactics are used in football?

In football, the team that scores the most goals in a game is declared the winner.

Coaches and managers around the world use a variety of tactical approaches in order to achieve the desired end result of winning the match. These approaches can be classified across a broad spectrum that ranges from “all out attacking” to “park the bus” style defence.

Here are a few…

In this tactical style, the aim is to keep the ball and progress it up the field. Play often begins from the back, with the goalkeeper needing the calmness and passing ability to distribute the ball to the defenders in front of him whilst under pressure from opposition forwards.

As a fan you often hear the phrase “attack is the best form of defence” used in football discussions and it applies pretty well here.

This is because by keeping the ball more than the opposition, the latter has less of a chance of causing attacking threat through chances of their own as their own opportunities with the ball are limited.

Possession football is very effective in this sense, and you can see how managers like Pep Guardiola have predominantly used this tactical style, which has seen him win several trophies and managerial accolades.

Jose Mourinho’s Real Madrid side were very efficient at implementing a counter attacking tactical style. The aim was to break with regularity by way of letting the opponent have the ball and lulling them into committing more men forward whilst they were in possession.

As soon as an opposition move broke down, they transitioned very quickly from their own half to the other end of the pitch, with Mesut Ozil often spraying pinpoint passes forward to Cristiano Ronaldo down the left wing and Karim Benzema up top.

It’s a style of football that requires a lot of discipline due to the fact that the team will generally have less time on the ball.

Defensive tactical styles vary quite considerably in terms of approach.

For example, the catenaccio system is based on having a well organised defensive five; with four players assigned to man mark their opposing attacker, and a defensive “sweeper” whose role would comprise of intercepting penetrative opposition through balls and covering players making runs in behind.

Which is the best football formation?

This is another question that is asked quite frequently among fans of the beautiful game. And quite ironically, there isn’t a universal answer.

A formation will be ideal or suitable if it amplifies the team’s strengths whilst curtailing its weaknesses. More so, a good formation is one that is a good fit for the players that a manger has at his disposal.

For example, it’s well documented that the catalyst for Chelsea’ s Premier League triumph in 2017 was Antonio Conte’s switch from a 4 at the back formation to a 3-4-3.

After their defeat against Arsenal, they went on to record several successive wins, with Victor Moses and Marcos Alonso playing wing back roles, and David Luiz offered greater protection as the central defender in a back three.

The player roles and formation switch were such a great fit and ultimately made the team a success that season.

Here’s an informative video that breaks this down:

Now that I’ve given you a bit of a teaser into the never-ending galaxy of football tactics, I’m going to recommend a few books that offer a much greater level of depth and insight than I personally can on this topic.

Let’s get started, shall we?

Inverting the Pyramid: The History of Soccer Tactics 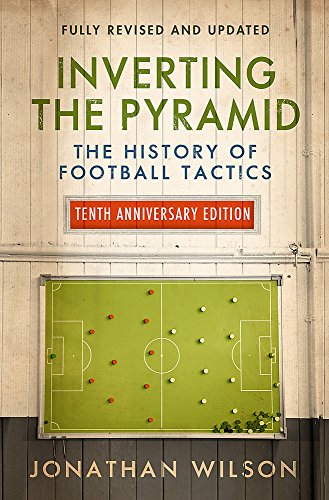 One of my favourite pastimes is reading comments on football forums, particularly on Reddit. Whenever a discussion centred around football books is in full swing, Inverting the Pyramid is almost always the first recommendation.

This book documents the history of football tactics as the author – Jonathan Wilson – takes readers right back to the beginning.

He also chronicles how tactics have evolved from the traditional top-heavy formations prevalent back in the day to the development of sophisticated gegenpressing styles that have been primarily pioneered by German coaches such as Ralf Ragnick and Jurgen Klopp.

The book also takes a look at the changing role of the modern-day goalkeeper, which has shifted from the sole job of keeping the ball out of the net and hoofing it upfield, to being able to distribute calmly from the back and act as a “12th man” on the pitch. 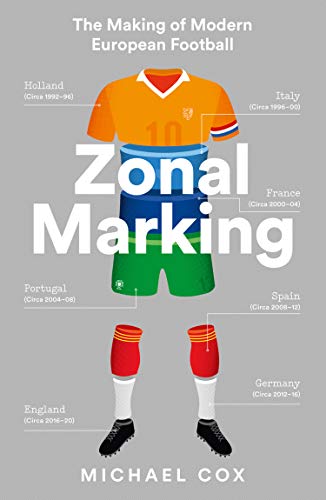 This book has a narrower focus than that of Inverting the Pyramid (link). It specifically encapsulates how European football in particular has developed over the last three decades.

The emphasis on tactical styles prevalent within continental football is second to none in my opinion. The book takes readers on a journey that begins with the attacking flair of Real Madrid back in the 1950s, before moving forward to the defensive dominance of the Italians in the 60s.

It also looks back at the “total football” inspired Dutch side of the 70s as well as the Ajax team of the early 90s.

All in all, this book packs a punch and offers a great overview of modern European football.

The Mixer: The Story of Premier League Tactics, from Route One to False Nines 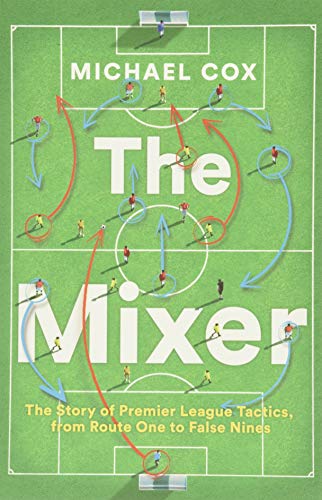 Now the Premier League is without doubt the most widely watched football league in the world.

And for good reason!

The entertainment value is very high, with games played at a neck breaking pace, crunching tackles flying in ever so frequently and unlikely winners always a possibility (you only have to look a few years back to Leicester City for perhaps the greatest example of this).

If you’re a fan of Premier League football, then The Mixer is a must read. The book covers the development of Premier League tactics in the last 25 years, which is a time frame that coincides with the competition’s initial inception.

When it all began in 1992, the league was renowned for its sheer physicality and the vast majority of managers favoured the 4-4-2 formation, which was used to implement a direct, “route one” style of play. The book documents a seismic shift in tactical preference from the bruising to the meticulous, with the catalyst being the abolition of the back-pass rule. 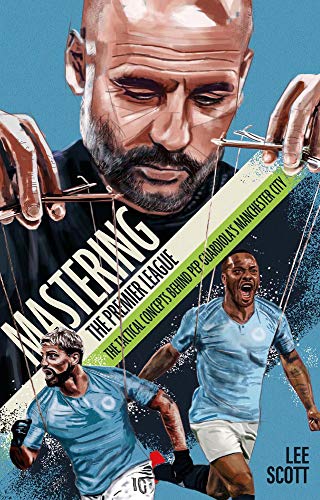 It’s safe to say that Pep Guardiola is heralded as one of the all-time greats in football management.

As a 2-time UEFA Champions League, Premier League and multiple time La Liga and Bundesliga winner, Guardiola has certainly left his tactical footprint on the way in which the beautiful game is played today.

This fantastic literary piece puzzles together a story of how Pep honed the tactical principles that he established at Barcelona and Bayern Munich to bring unprecedented levels of success for Manchester City, with the centurion season (City’s 100 points in 2018/2019) as the absolute pinnacle. 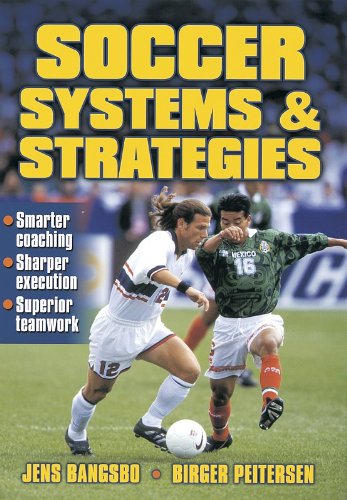 This title is centred around building a style of play that meshes with the strengths of the players at a manager’s disposal.

Particular focus is paid to four primary systems of play, with two Danish national team coaches breaking down different strategies that can be used to counter any sort of system utilised by an opposing team.

The book also includes a segment on how coaches can teach their chosen system to their players by way of practice drills and physical instruction.

And that brings me to the end of this product roundup on the best football tactic books. It is my hope that you’ve found this post insightful.

There’s so much to learn about football tactics and each of the titles I’ve listed do a fantastic job of covering the more sophisticated and technical aspects of the game we’ve come to love and enjoy.